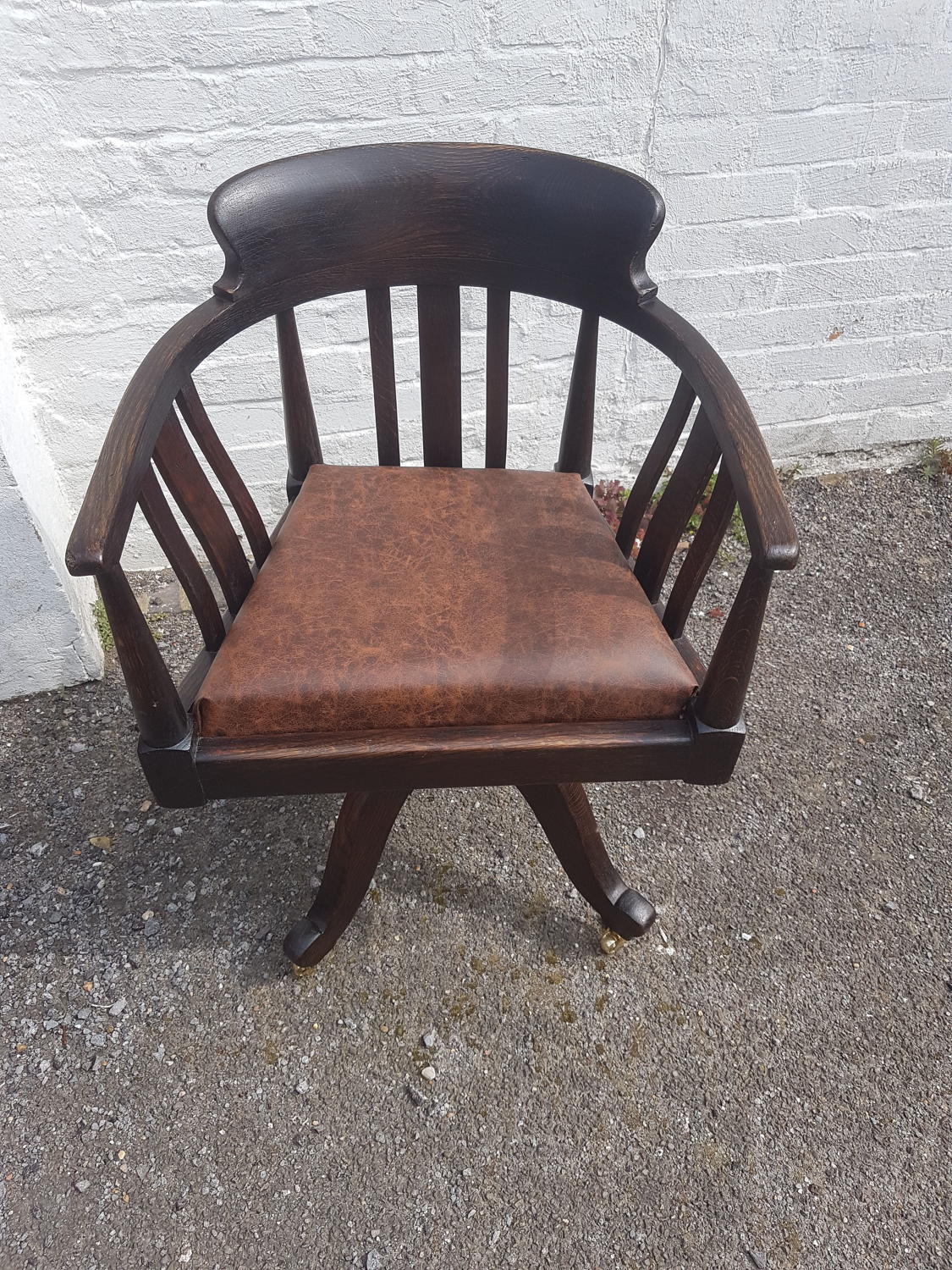 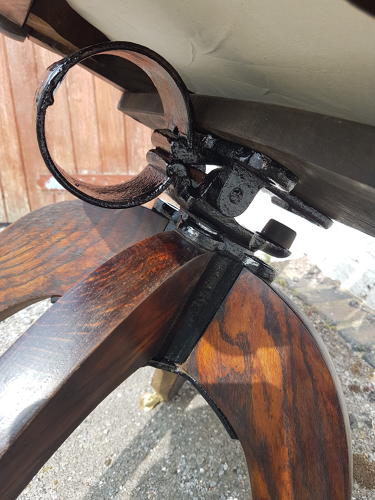 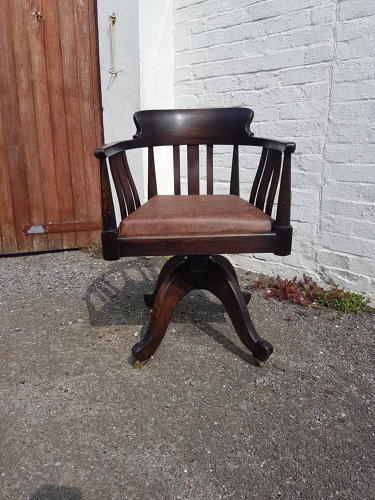 This Oak swivel and tilt desk chair emanated from Shapland and Petter, a famous firm operating in Barnstaple, North Devon and established by Henry Shapland around 1854. After a trip to America in 1848, where he saw a newly invented moulding machine, Shapland returned to Barnstaple where he reproduced it and using this and later inventions speeded up the cabinet and chair making process on a production line basis.Ultimately the company employed some 300 people and became one of Devon's largest.It became noted for the high quality of its work, some with an Arts and Crafts influence.This example has the original tilt and swivel mechanism which has been renovated and the missing castors and seat insert frame have been replaced. The seat has been recovered with reconstituted antique leather which can easily be changed in accordance with taste.There are the usual minor surface marks to the wood commensurate with age.
The chair bears the stamp DS in the wood below the seat frame.The numbers 154061 and No 27688 are stamped in the casting of the tilt and swivel mechanism.

Please fill in the information below

Can we also interest you in these?