Its been some time since we posted here but despite the disruption of the Covid lockdowns we have managed to carry out a steady flow of restoration work, acquisitions and sales and are very much still here. The worst part was when it was impossible to visit clients during lockdowns but some of the work missed is now coming in. We hope we have used this time as valuably as we can both with regard to developing our internet presence but also to study new techniques and materials. We have particularly carried out successful trials and some restoration work on distressed painted furniture and dirty oil painting.

One item which came in was a Tibetan painted cabinet of a typical style portraying monsters and the usual decorative features. This item had been seriously attacked by a cat which had caused distress to the upper corners, claw marks and other associated damage. Perhaps the cat thought that one of the elephantine images would jump out of the doors and attack it. We were able to carefully remove a small area of severely flaking gesso, clean the cabinet generally and then replace the gesso where substantially removed by the cat. This revealed features which were not previously visible. Indeed the larger elephant was found to have claws on its from feet, formerly invisible. The repairs were sympathetically touched in preserving as much of the old paint and colour as possible and the whole sealed with a conservation rated lacquer. Everyone was very pleased with the result.

We are now working on some medieval carved figures portraying religious characters. Two of them have broken arms and we wonder if they had a fight!

We wish all our valued customers well and look forward to seeing you as these difficult times move on. 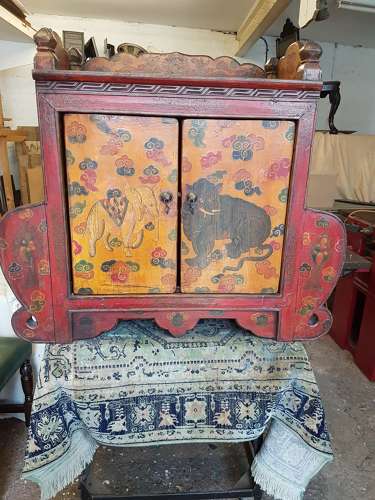 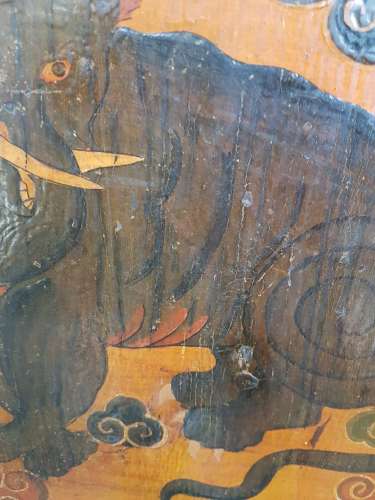 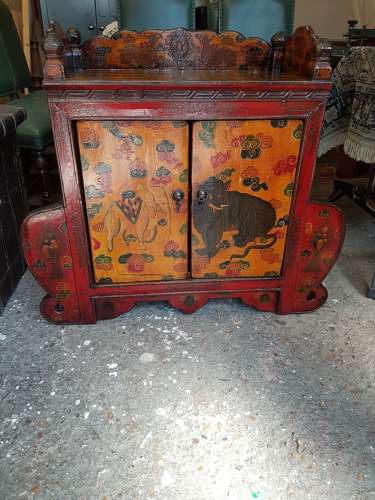 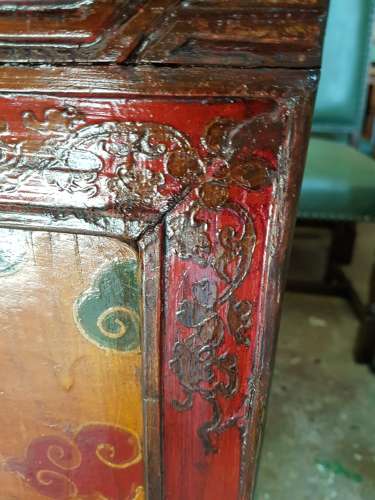